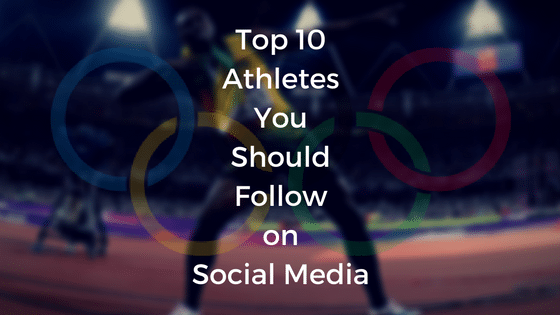 The 2016 Rio Olympics have set the world ablaze thus far. We have seen World Records, Olympic Records, National Best and Personal Best Records being broken. Throughout it all, we have captured the top 10 athletes to look out for on the field and on social media.

Probably the talk of the week, Wayde van Niekerk has achieved what no other South African has done in over 96 years, which is winning a gold medal in the 400m race. Above it all, Van Niekerk smashed Michael Johnson’s 17-year-old 400m world record of 43.18sec by 43.03sec, ahead of Kirani James and LaShawn Merrit of USA. A humble gentleman of value, Van Niekerk has set South Africa and Africa a superb example, by believing he could win gold, clearly, you can achieve whatever it is that you put your mind to.

Michael Phelps, simply; a living legend. Phelps seems to never disappoint, he is always up and about and ready for action. A beast on the swimming pool, and a humble character on social media since he’s always posting about health quotes and information like you can find in sites as thestylishmagazine.com that show and review health products. Phelps dominated the 4x400m freestyle relay, 200m butterfly, 4x100m medley, 4x100m freestyle relay, men’s 200m individual medley, with gold winning performances, and a silver medal in the Men’s 100m butterfly. Phelps is an earth mover and world changer; he started the Michael Phelps Foundation, with the aim to promote healthy and active lives, especially for children.

World 100m Record holder and World Champion, Usain Bolt is undoubtedly an athlete to watch out for on social media. A hard worker on the track and an undisputable champion in person. We saw how well he congratulated van Niekerk after his 400m race, and we saw how well he motivated his teammate, Yohan Blake. Bolt, yet again proved to us why he is the best of the world in his era, winning gold in the 100m race with a time of 9.81sec, ahead of Justin Gatlin (9.89sec) and Canadian sprinter, Andre de Grasse (9.91sec).

Katie Ledecky, a talented 25-year-old American swimmer, and new 800m World Record holder. Ledecky smashed her own 800m record which she had set in Beijing, by 8:04.79sec in the women’s 800m freestyle. Her blistering technique underwater and her inspiration to always go for glory is unquestionably a champion’s mentality. For anyone who ought to become successful, Ledecky is someone to follow, a Stanford student and world swimming icon.

The most decorated athlete in South Africa, Chad le Clos is proudly South African with a long career ahead of him. He won 2 silver medals at the Rio Olympics, in the Men’s 200m freestyle and 100m butterfly, alongside Michael Phelps and Joseph Schooling of Singapore. An athlete to most definitely follow on social media.

A 19-year-old 4 times Olympic Gold medallist. The American artistic gymnast’s story is motivated by her harsh upbringing which has enabled her to smile throughout most challenges. Growing up her mother had a drug addiction, but that did not stop her from becoming a champion Olympian. At the Rio Olympic Games, Biles won 4 gold medals and 1 bronze. She is truly a champion’s sensation, an inspiration to most her country and the world, and a prospect to look out for in the years to come.

After so much controversy from the media trying to demeanour her spirit, Caster Semenya remains a proud and strong South African athlete destined for greatness. Her 800m race will be yet another epic performance. A great character in the person and superb athlete on the track, Caster Semenya is filled with humour, however, she knows when to focus on the winning trail. Semenya is, without a doubt, an athlete to follow on social media.

Indisputably a winner. A motivated and well-focused athlete. Teddy Riner, based on his performance on the judo ring, he has been undefeated in over 6 years. His gold winning performance over the weekend earned France their 7th gold medal, placing them in 7th spot on the medals ranking all-in-all with 22 medals. A giant figure with a soft spot for the poor, Riner is certainly an athlete to follow on social media.

A motivation booster for the Great Britain team. Murray’s gold match winning performance against Juan Martin Del Potro earned him another Olympic victory and Britain’s 16th gold at the Rio Olympics. Andy Murray is an astounding public figure, with numerous foundations. The professional tennis player is a philanthropist with an ability to slowly but surely change the world.

“The Truth is… I’m iron lady”. Probably one of the best ways to define her character, push, hard work and consistency. Katinka Hosszú is Hungary’s top swimmer, having won 3 gold medals and 1 silver medal at the Rio Olympics, Hosszú is inspired by greatness. Her late grandfather had taught her to swim at a tender age of 3 years old, she took part in many swimming tournaments growing up. Her wisdom on the swimming pool has enabled her to learn from her mistakes and become a beast under water. Katinka Hosszú is an athlete to look out for on social media.

We have seen sensational performances by numerous athletes at the Rio Olympics. For instance, Ethiopia’s Almaz Ayana smashed the women’s 10,000m race. Ayana won gold and broke the World Record with a time of 29:17.45sec. The likes of Luvo Manyonga earning his first ever silver medal at the Olympics, Simone Manuel of the USA winning 2 gold and 2 silver medals in the women’s swimming. Ruth Jebet, a 19-year-old inspiration all the way from Bahrain recently joined the senior league and she is already winning it for her country. An astonishing return to swimming after 16 years by Anthony Ervin prove how hard work, consistency, and the right mentality can lead to victory, winning two gold medals in his races, what an achievement. 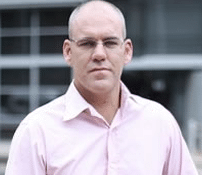